These Polish porcupine Christmas ornaments date back to the mid nineteenth century that dates back to a national push to encourage people to use Polish made Christmas decorations as opposed to the influx of cheaply made German goods. The Polish American Journal explains it best.

“In the second half of the 19th century, along with the development of Germany’s toy industry came the flood of cheap ready-made Christmas decorative art. The European and Polish markets offered artificial fruit made of glass, angels, stars and figures printed on paper, and harlequins, clowns, mushrooms and other objects made of paper mâché and cloth. The enlightened Polish society and artistic circles evoked objection and a veto on mass-produced German decorations was issued.

In 1911 Maria Gerson-Dabrowska held a public demonstration at the Warsaw editorial office of the magazine Pryjaciel Dzieci (Children’s Friend) in the art of traditional Polish adornments patterned after Polish folk decorative art and harvest decorations. She explained that by taking this initiative the Polish Christmas tree would be rendered more national. Based on the art of the Polish farm home, these decorations would provide an exhaustible source of aesthetic ideas. The proposed transition was met will great success.”

The nice part about sitting down with friends, family, and children to make these things is the time you spend together. Sure if you have kids, things may get silly and not many ornaments get made, but the time spent is priceless.

Once my aunt tried to make one of these using very thin cloth ribbon, a large knitting needles, and some Elmer’s Glue. Let’s just say that after a large amount of mumbling under her breath (saying who knows what!), the ornament ended up looking pretty good. That was the first and last of it’s kind. Each year after that one, she stuck with paper.

Enjoy the video I found on how to make Polish Star Christmas Ornaments. Send her a thumbs up too for taking the time to share this tradition. 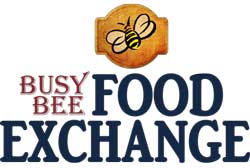