A Short Piece on Pierogis 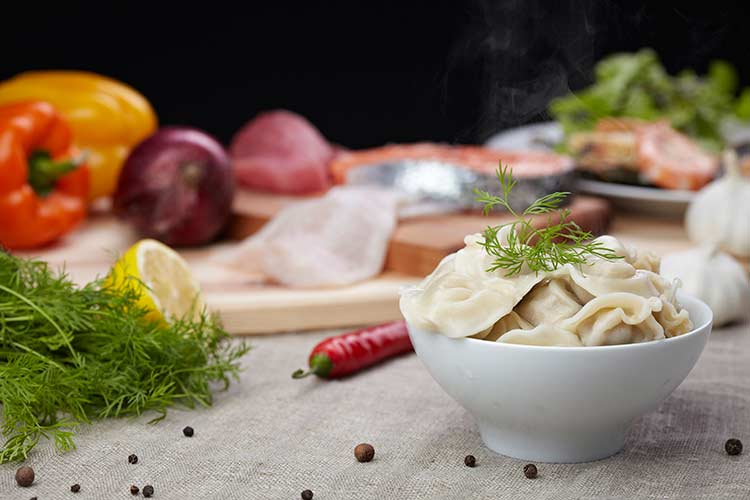 Pierogi (also spelled pirogi) are dough filled pockets that are traditionally boiled in water. Filling can be sweet or savory, and the unleavened dough can be made with our without eggs. The word pierogi comes from the Polish word “pierogi.” Also known as varenyky, they are associated with Eastern Europe, most notably Poland and the Ukraine.

Pierogis are generally made from using a circle form (like a glass or cup with a thin edge) to press out circles from rolled dough. The circles are stuffed, folded in half and the edges are crimped, thus forming a semi-circle. Some are made from using triangles that are twisted or folded at the edges, after being filled.

These delicate dumplings have been made in Poland since the 13th century, yet many other cultures lay claim to the origins, including the notion that Marco Polo brought them back from China via Italy. If you look at Chinese dumplings, you can definitely see the similarities.

If you look at a Food Timeline, one can see ravioli show up around the 13th Century. If you follow the Marco Polo hypothesis that Pierogis came from China via Italy, we do have some history that would back that up. Another school of thought is that they were simultaneously invented, much like the “Hundredth Monkey Effect.”

Food history is an interesting subject to bandy about at a dinner party. Consider hosting an upcoming holiday gathering with a few friends, serve up some Pierogis and have fun!

Below are some helpful links for making your own Pierogis. The Pierogi are by far the main attraction during Christmastime at at Busy Bee Food Exchange. The kitchen makes sauerkraut and mushroom pierogi which is a huge attraction (every year people wait on line for over an hour for a fresh batch).

How to Make Pierogi from Scratch

14 Pierogi Recipes That Put Other Dumplings To Shame